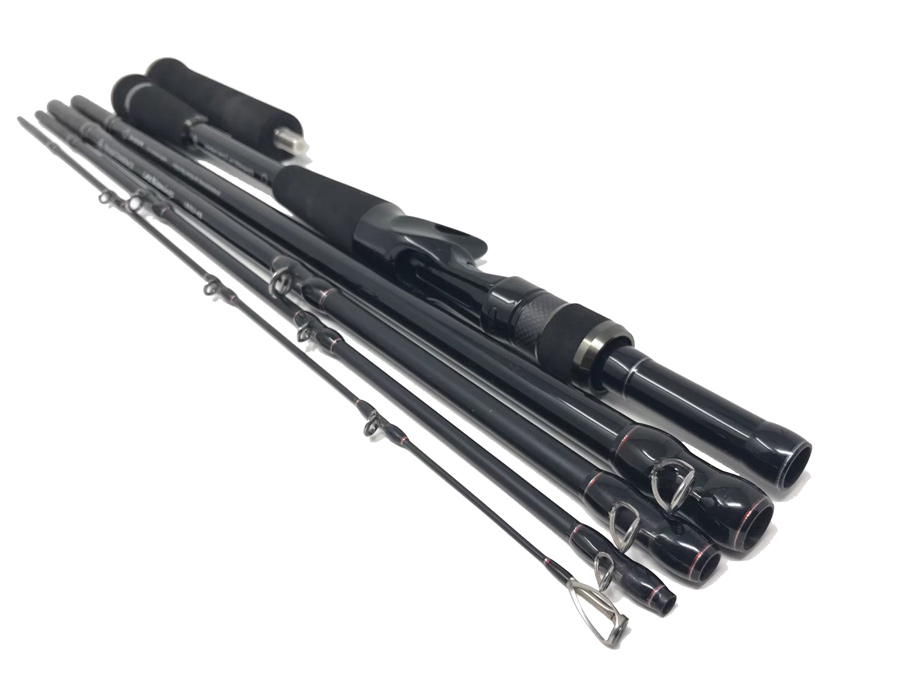 2 years to release the LB510 +. Further abuse the LB510 in the field in the last two years, that's further embezzled, material and feedback from the field, preparation, was the development packed to design this time of Tasu LateBloomings510 Rev2.0 is.

As it is a variable to 4in1 system to the four-length by the combination with the rod of one set, the adjustment of the carbon material, it gave a review of the carbon intensity (content).

In addition, operability and long cast performance and lighter weight as a role to seek in each section.
Reel seat has adopted the ACS, adjust to fishing and reel that will deploy more LB510.
Red thread and aluminum parts up to now also change cosmetic in which the cancer metallic tones.
We were able to further sublimation as one of the absolutely want the ultimate versatile rod to bring one to the expedition.
Absolute is confident one you want to take in hand as one to recommend.

Of South America and abroad rowing boat, use from LB510 who are active in the country of the boat game for high-speed jerk that take advantage of the characteristics of the jigging games and long grip LB62.
Add the extension section to the short grip, corresponding to the casting game from the Shore LB73.
And finished with a tough and flexible blanks can fend off even the further pirarucu in LB77 you add an extension grip.

. 5'10 short length rod of "
South America Peacock bus game in the rowing boat, toe Man game, barramundi game was developed at the center is advanced the length.
this length is also ideal for big lure fishing of domestic shad sea bass pattern.
LB510 is not a Tsuyoshisao, it is possible to cast the lure of about 10g .
on the one hand Uchinuki also from more of the lure 50g up to 130g of the lure, the operation of the good that is put into the action is LB510 unique that has been polished in the top water game overseas.
agility and sense of security, of operability good do not take the comparison with the rod and the mere Tsuyoshisao have been a test in one fish species.

LB510ver is, catch the fish in the entire rod The basic setting. Of smoldering
was honed to Rev1.0 catch than the blank strength and flexibility.
Lightness also greatly when the use and settings of high elastic 4-axis carbon with by further to the review for each section has been improved in. 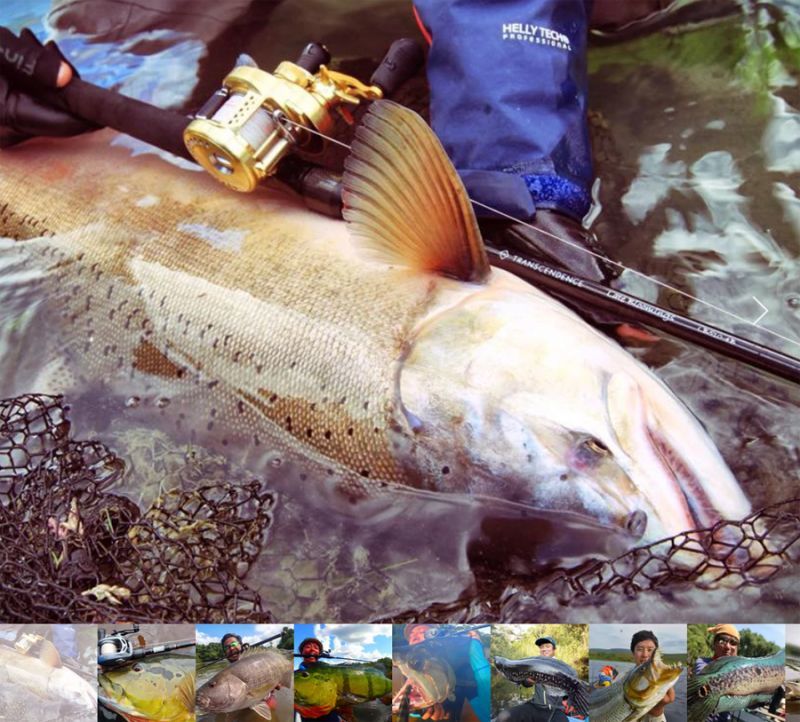 Long grip, such as jigging game is the best in important games.
To further large target to become a Rev2.0 that also adjustment possible # 1, has been adjusted to the # 2 section.
More blanks specializing in the operation of the jig will not have the flexibility to Watariaeru to peer-to-peer with the target of about 10kg.
Also to allow a certain degree of rough fight, it is possible to cope with a large target more in slow jigging style.

Depending on the jig and sea conditions to be used, but the depth will be applied range up to position -250m.
You can cover without any problems if the fish of about amberjack of medium-sized from amberjack.
Jigging by the high pitch in addition to the slow pitch also can accommodate without problems.

Moreover, it is also ideal for sea bass game of the big lure of shad pattern represented by Tokyo Bay.
In addition to the short grip of LB510, it can be used in accordance with the use of anglers also long grip of LB62.
In the case of LB62 will be an invitation way, such as moving the lure by utilizing the reaction force nailed to arm the grip.
Can be operated without any problem even in 130g of the lure LB510, LB62 is in addition to shad sea bass, it will become the best partner that can also be used for jigging and overseas expedition. 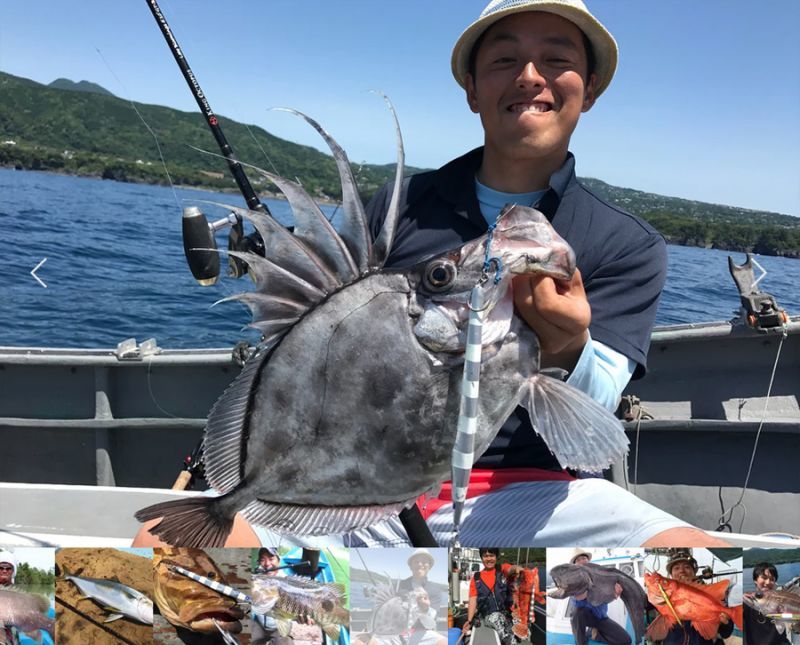 long cast lure fishing and 7.3ft in length to take advantage of high scaffolding place, and then cover the distance required when it becomes necessary to long cast in the expedition destination.
An emphasis on operability, grip does not get in the way when the action.

long cast lure fishing, Big target game allows you to underarm scissors Fight of the rod by the 7.7ft.
This also corresponds to the big target, such as pirarucu.
Overall it is possible to receive the fish of power, it is possible to catch in the LB77 if the fish of up to 30kg about fresh water.

On the other hand, with respect to LB77 red flag and rock fish games and silurus biwaensis such as Bekkouzoi, Nekozame, snook, Asian sheepshead wrasse, it is possible to deploy such as the versatile game also sea bass. 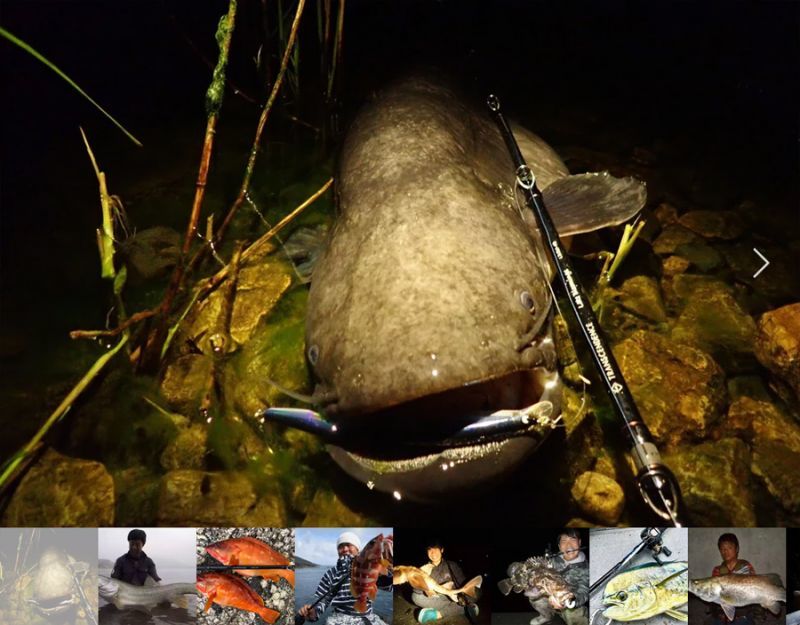