1970 ~ ABU5001C that had been produced in until about 70 years late (left-handed) models are considered.
Genuine 3.6: 1 gear ratio, 4.7 by replacing in the speed gear: will be one of the high gear.
In addition, because you have a lot of ground area that came to drag washers, drag capacity than the genuine will have to power up.

for ※ Old reel, some of the noise frame, distortion of the spool, due to differences in parts of the year of production, until the gear is familiar There is also a case where etc. occurs.

Compatible models
in was released 5001C in the late 1970s the previous fiscal year and 1970s, the base of the left side of the image of the spool shaft is flat things will fit. Spool base of the portion of the shaft, such as the image right side will not be fit to round things. 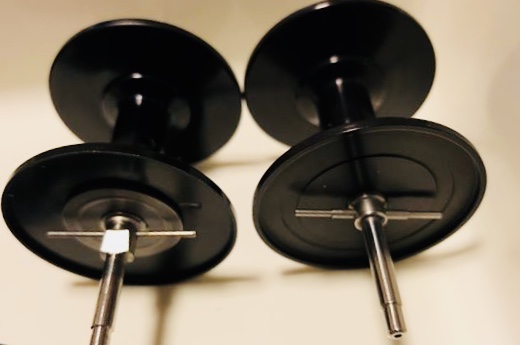